You are not currently viewing the most recent CIX Summit. 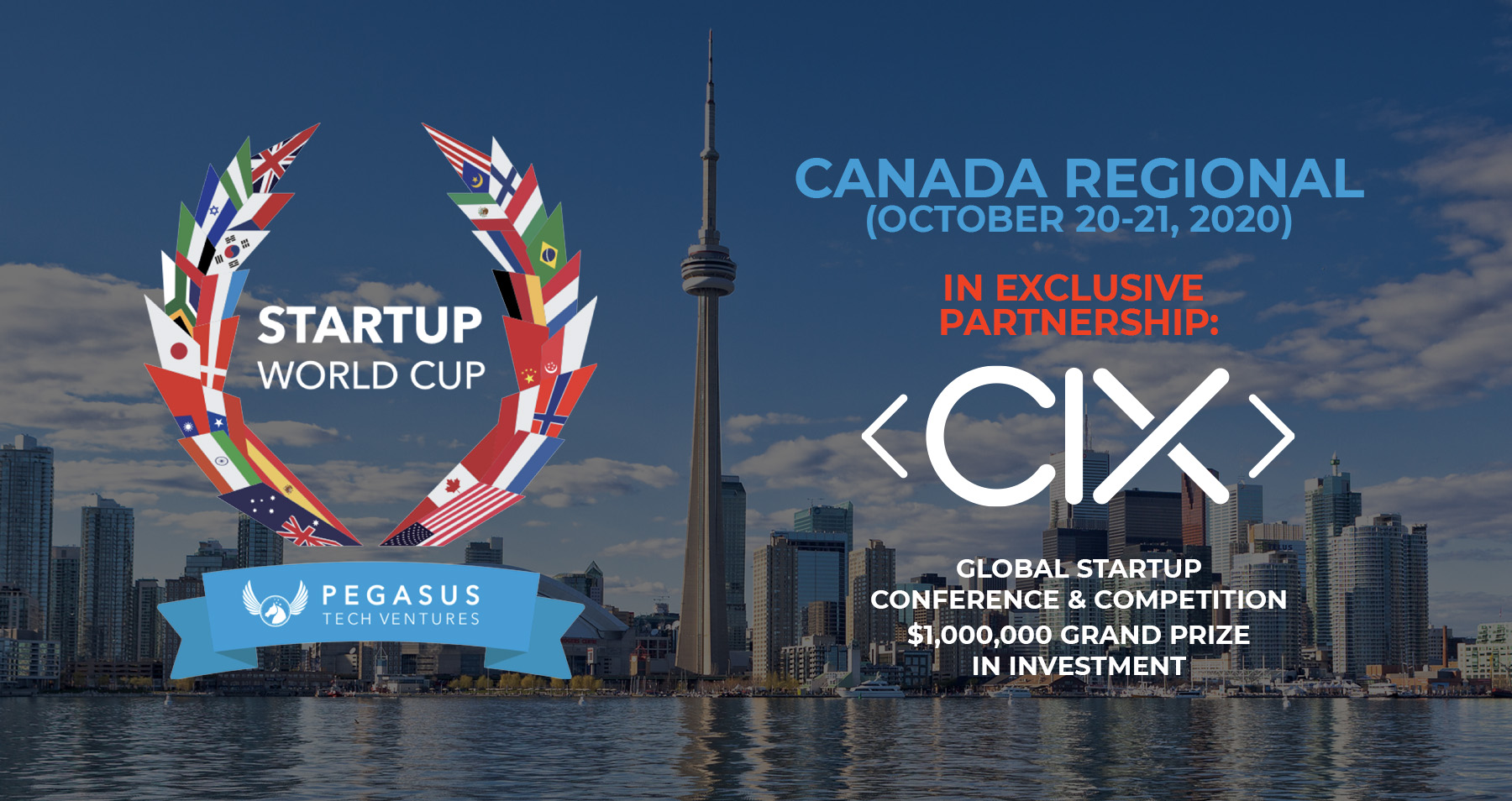 Startup World Cup is a global conference and competition with the goal of bridging startup ecosystems worldwide. It is organized by Pegasus Tech Ventures, a Silicon Valley-based multinational VC firm. More than 60+ regional events are held across North America, South America, Europe, Africa, Asia, and Australia, leading up to the Grand Finale in Silicon Valley, where the global champion will be awarded a USD $1 million investment prize.

As part of the program each year, Startup World Cup Canada Regional judges attend CIX and select a winner from the CIX Top 20 Early recipient companies, who will represent Canada at the Startup World Cup Grand Finale in San Francisco in September 2022. Past Canadian Regional winners include Beanworks in 2020, Automat in 2017 and inkbox in 2018.

In 2021 the judges selected Lumen5, from the final CIX Top 20 Early companies, and Michael Cheng, Co-founder of Lumen5 accepted the award on Oct 28 at CIX Digital Summit and is invited to represent Canada at the Startup World Cup Grand Finale in San Francisco.